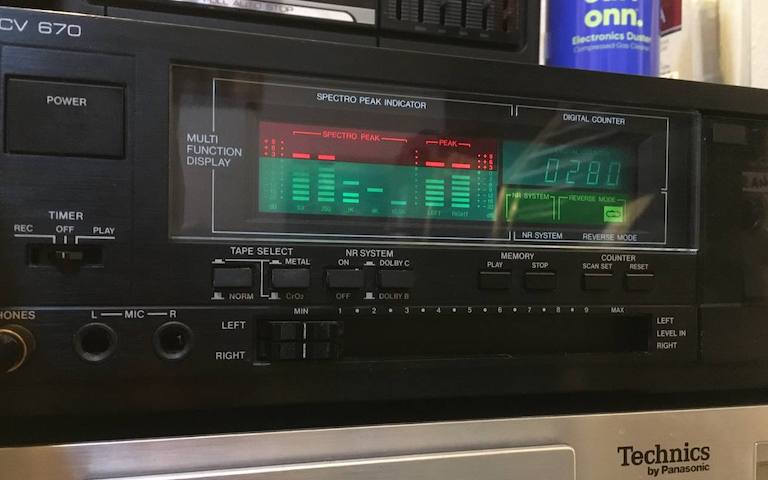 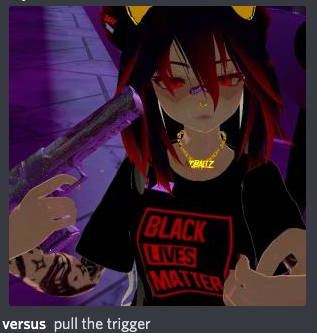 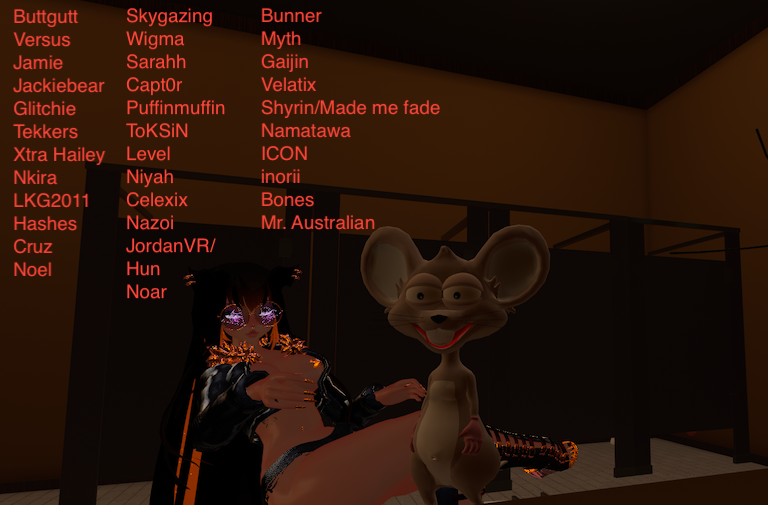 >08, Jan 2018> lainchan3.org was purchased this morning, then lol thanks yuuko I canceled it.@nildicitlives with me now.

[2018 edit]: Forgot to mention, iLikebiscuits and I went to a Vaporwave/Lain themed wedding for two of the old admins. It was gr8. We stopped at a McDonalds in New Mexico for food and I walked into a guy blowing another guy in the bathroom. The dude followed me out and leaned into the car. He asked for a lighter and instead of driving away, iLikebiscuits decides to look to me for help finding the lighter. After a swift GET THE FUCK OFF MY CAR, he made sure we knew he wasn't gay.

When I visit Arisuchan.jp I see stickers, new banners, actual mods doing things, Seph not giving a shit.. action. None of the shit she pulled was required to get the ball rolling on lainchan.jp. Dissapearing for days, leaving all of the work to me. Essentially the oldfags kalyx, nildicit, Junk and Biscuits trying to run things with minimal access. Deciding it was best to install original Vichan, and then move it out of Github. Only later to complain that nobody is helping. Installing a rando admin from Discord who did absolutely shit nothing until the day she "founded" Arisuchan. Tor posting to pretend Arisuchan had actual traffic. The admin log shows nothing but the real founders and mods working. It was seph who was pussyfooting around until she had a chance to pretend the site was her creation alone "arisuchan". Once I quit and she had an opportunity to get away with it, she springboards into action and finally has a website she can claim to have "founded". Founded on lies. When I disrupted lainchan.org I thought it would last a day and we could work together to fix .org. Seph takes this opportunity to start lainchan.jp. I had it in the back of my head to be weary, but only now do I have the proof to condem her. I thought I would give her another chance and work with lainchan.jp but turns out.. This new site piggybacks off of lainchan's brand and is essentially Sephchan, filled with her hovering Discord buddies. Let's see how long it lasts. Edit: If you ask why I even started working with Seph if I never trusted her, It is because despite her broken personality we became friends. I tried to give her another chance and clearly that was a mistake.

>31, Aug 2017> I left my lainchan.jp "admin" job today and I won't be working with any lainchan anymore. The site is dead to me. I'm not going to get into the details about what is happening between me and Seph, or "arisuchan.jp". I am no longer with the project, what's with all the Russian shit? Discord is trash. I have no idea what's going on anymore. The whole situation is absolutely super fukin lame and I urge you to find something better to do than to follow this. I'll be shitposting on Volafile again til I die. Writing to you from 1000 miles away at ps3udonyms house, visiting for installgen2 and glooder's wedding. Road trippin with iLikebiscuits, Mumble parties erryday brig.lain.city. CSGO etc. Ripppppppppppppppppp 2014-2016-2017.

>Mid May 2017> If someone would like to share a room at Defcon contact me. I finally got an apartment and have scrapped my plans to build up an Astro Van. There are a few people who would like to claim the Lainzine as a '.org' Zine, aparently because the cover in LZ4 links to '.jp'. This is absurd and the actual content creators really don't give a shit. I have no issue with the managers of the Zine, like Junk, having a public opinion on the matter. You all know I am now 100% in favor of '.jp'. At this point I spent about three months in my 4Runner and tbh it was starting to get old. Vandwelling is pretty boring when you are surrounded by the municipal waste of the suburbs. An old gf of mine (who looks like Taylor Swift) recently helped me remember the band Twin Sister. I highly recommend 'In Heaven'. I landed a sweet job as an arcade technician two months ago and life is getting better.

>late April 2017> Plain and simple I had no prior access to lainchan before I received the password reset message. I installed Centos on top of the data. No plan, just a protest against the last 6 months of lainchan. When the site was sold Appleman refused help and refused to create relationships with the mods. Plenty of retarded changes have happened and almost all of the mods left since Appleman himself decided he did not need help. 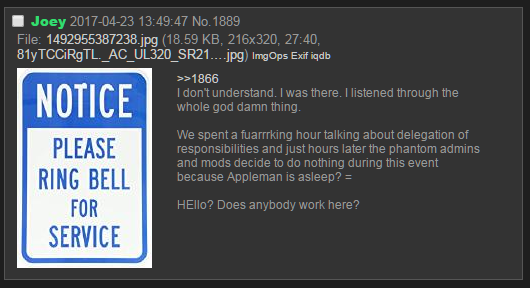 After the wipe I was trying to setup a mastodon instance for my close lain friends. Seph went on to make jp and asked for my approval. I did not really want to go either way until things were sorted out between the first lainchan. plus I've been working a fuck ton. Regardless of my actions, this was inevitable. Sure, I probably accelerated it. we had a big mumble meeting with Appleman and he was more interested in transcribing the meeting than having any type of opinion. We were recording this meeting too until appleman wanted it stopped. Basically, it was like kicking dead whales down the beach. At this point, I believe jp has more of a chance to continue Lainchans vibe. that's where I'll be and that's where you'll find mods that care and work together. I hate "yes" men. Everyone made mistakes in this situation. In the end, the statement Seph wrote on the jp homepage convinced me. kalyx@riseup.net

> Spring 2017> This is a summary for auxo of Volafile.io. I’m living out of a 94 4Runner, it’s pretty comfy. It would be nice to take a road trip to Colorado and try some “Leafs by Snoop”. Online calculators suggest fuel for the trip will cost about $119. Everyone tells me “Why don’t you get a job at Aldi!? They pay like $15 an hour. Well, for starters, I already applied. They are not hiring despite what the window sign suggests. The pay rate is actually $12 an hour. I make enough money to live comfortably, take trips to the arcade, and go swimming at my gym. Somehow I was given an Amazon Prime membership for 3 years at no cost. How much is my purchase history worth to Amazon?

>This is the first arcade in town to get the LX cab. The guy in the hat is me.

> September 2016> I sold lainchan.org for some large-ish amount of money. It was a lot of fun, and so far the only succesful thing i've ever done. You guys kept the site alive, which kept me alive. Selling was a mistake. 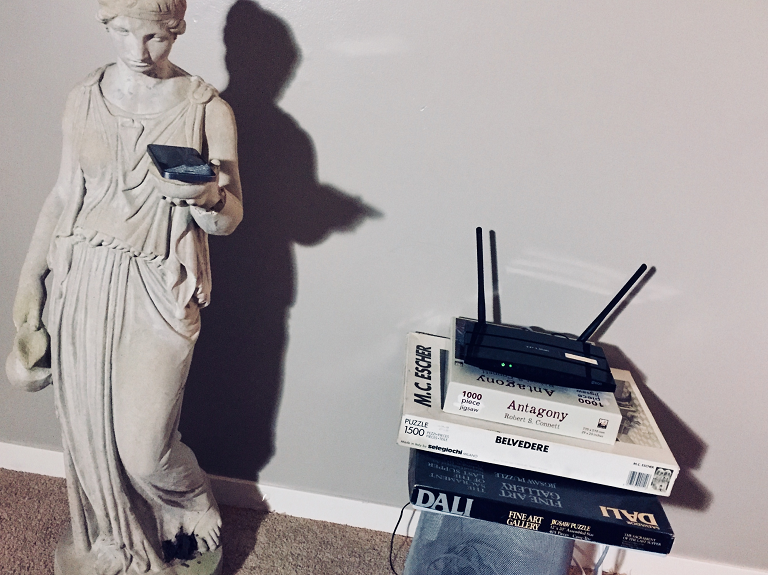 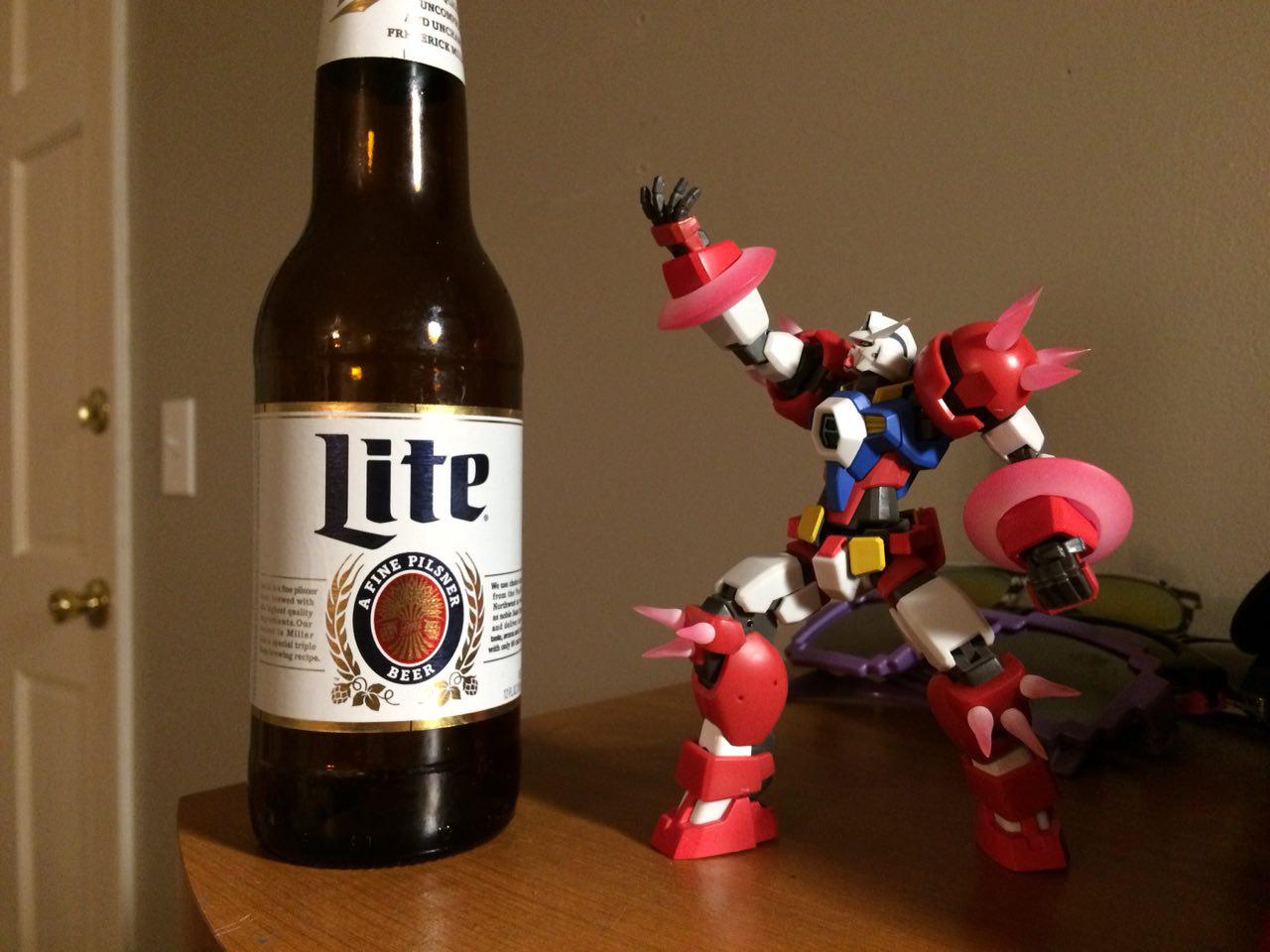 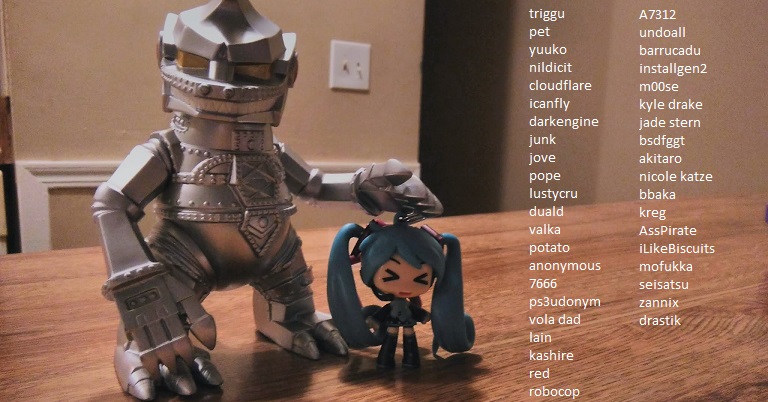